Earlier in the week, the Washington Post reported that some banks are giving away foreclosed properties rather than trying to maintain and sell homes in blighted areas. The article highlighted the efforts in Cleveland to minimize the damage an abandoned home can do to an already depressed neighborhood. In Cleveland, the Cuyahoga County Land Reutilization Corporation receives properties from banks which donated under an Ohio law passed in 2009 designed to created county land reutilization corporations (LRCs) - which are being referred to as land banks.

Land banking is a traditional method of investing. A purchaser will acquire large tracts of undeveloped land and hold the property until the time it becomes profitable again. In Cleveland, however, the Cuyahoga County Land Reutilization Corporation operates a little differently. The group "is committed to the healthy, sustainable redevelopment of Cuyahoga County. The CCLRC will exhibit this ongoing commitment through efforts such as deconstruction, the appropriate and innovative re-use of vacant land, and the use of energy efficient, green rehabilitation and new construction standards." 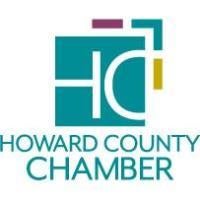