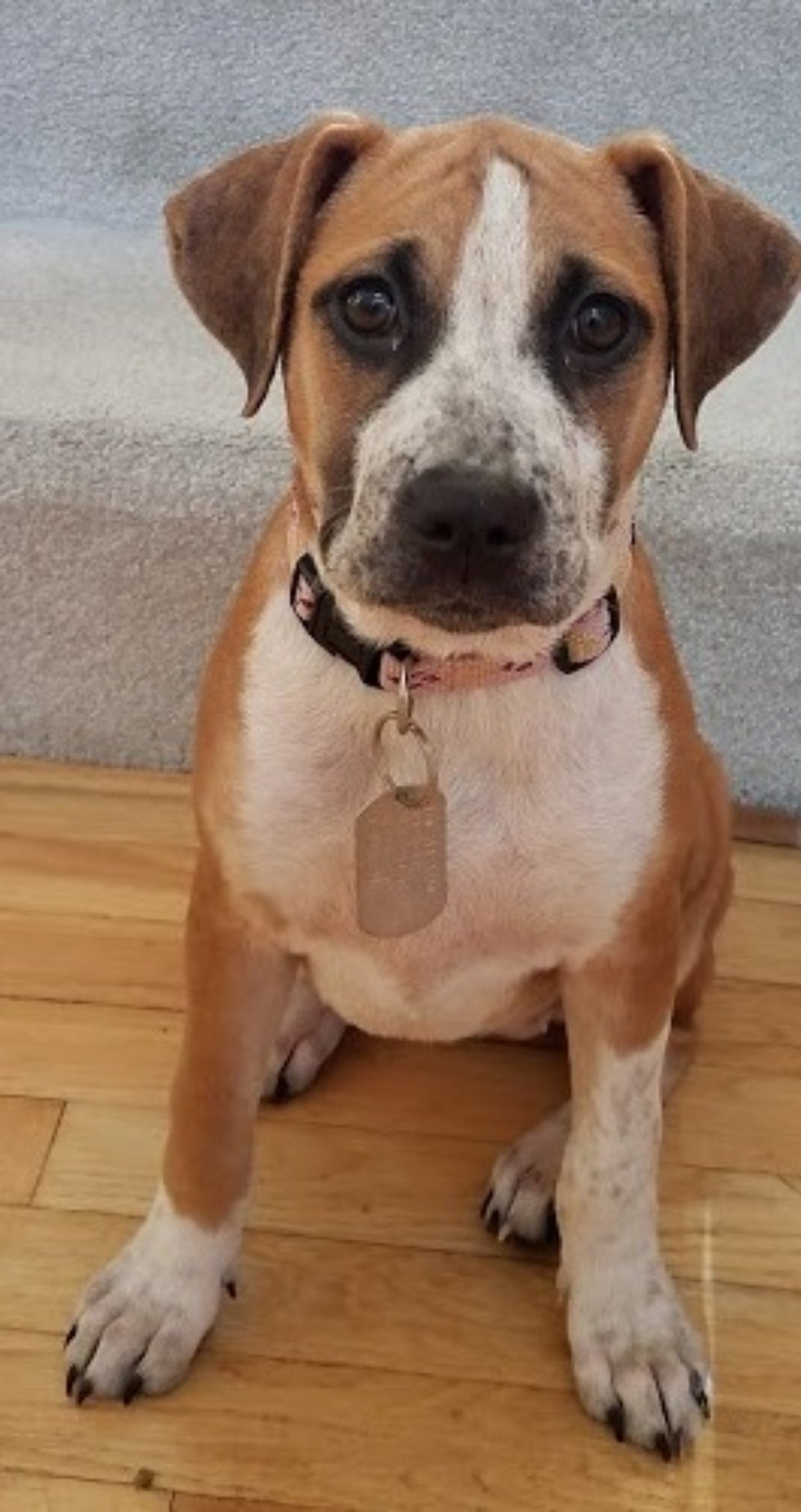 Georgia is originally from West Virginia, having been recruited by Small Miracles Pet Rescue along with her 3 siblings to leave a rough and tumble high kill shelter for a cushier life in Maryland.  Hired originally as a temp (i.e., a foster), she excelled at the sad puppy eyes look and became what is known in the industry as a foster fail.  Now hired on as a permanent staff member, Georgia protects the office from all manner of malicious and dangerous threats, such as bunnies in the yard, flies in the office and the unsuspecting but evil FedEx delivery person.  In her spare time, she eats tennis balls and mulch.  Taylor Legal could not survive without this vigilant canine. 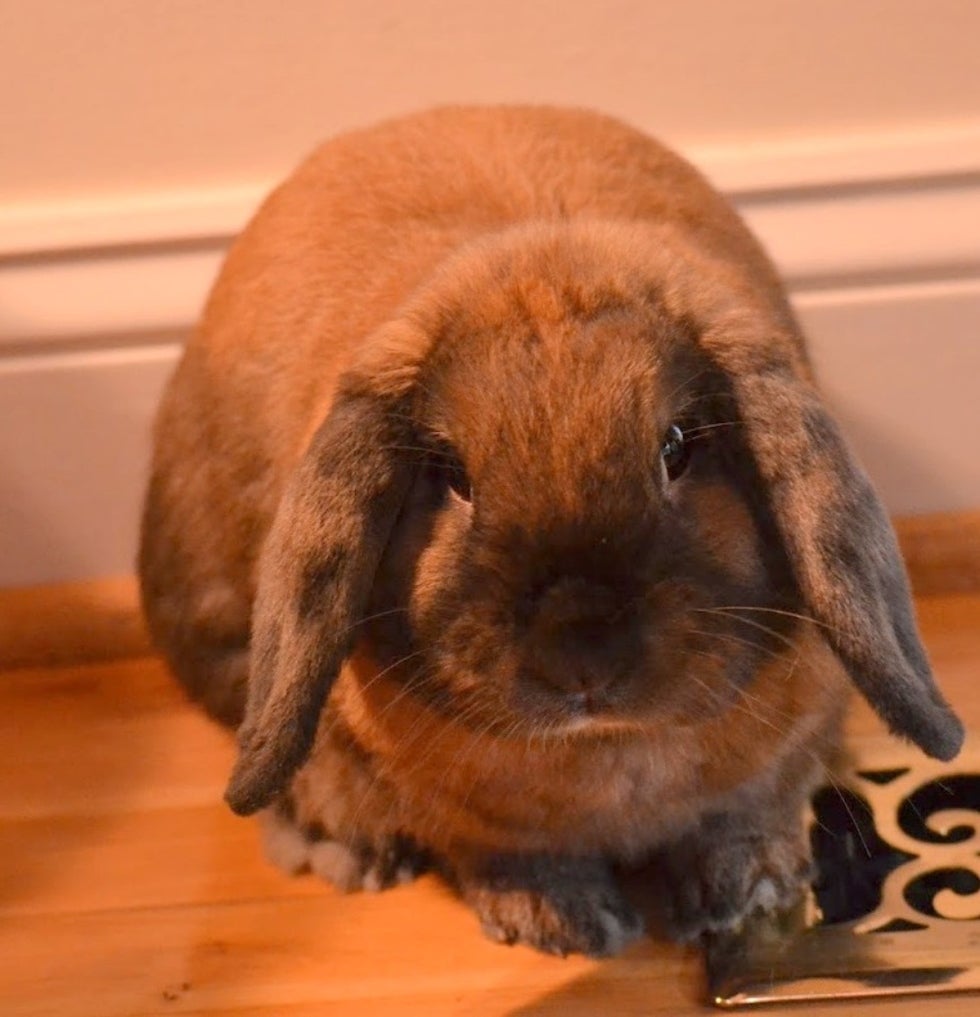 Louie, aka, the Evil Bunny, spends his time figuring out how to conquer the world or, at a minimum, the bunny cage.  Known to thump when danger lurks (or when he simply wants attention), he watches his terrain at a full 180 degrees without equipment and never seeming to move a muscle.  Louie was recruited from a government intel agency where we believe he was a spy.  While his job is to protect Taylor Legal from cyber threats, in his spare time Louie is believed to be digging a tunnel to China.  But if he tells you about it, he would have to thump you. 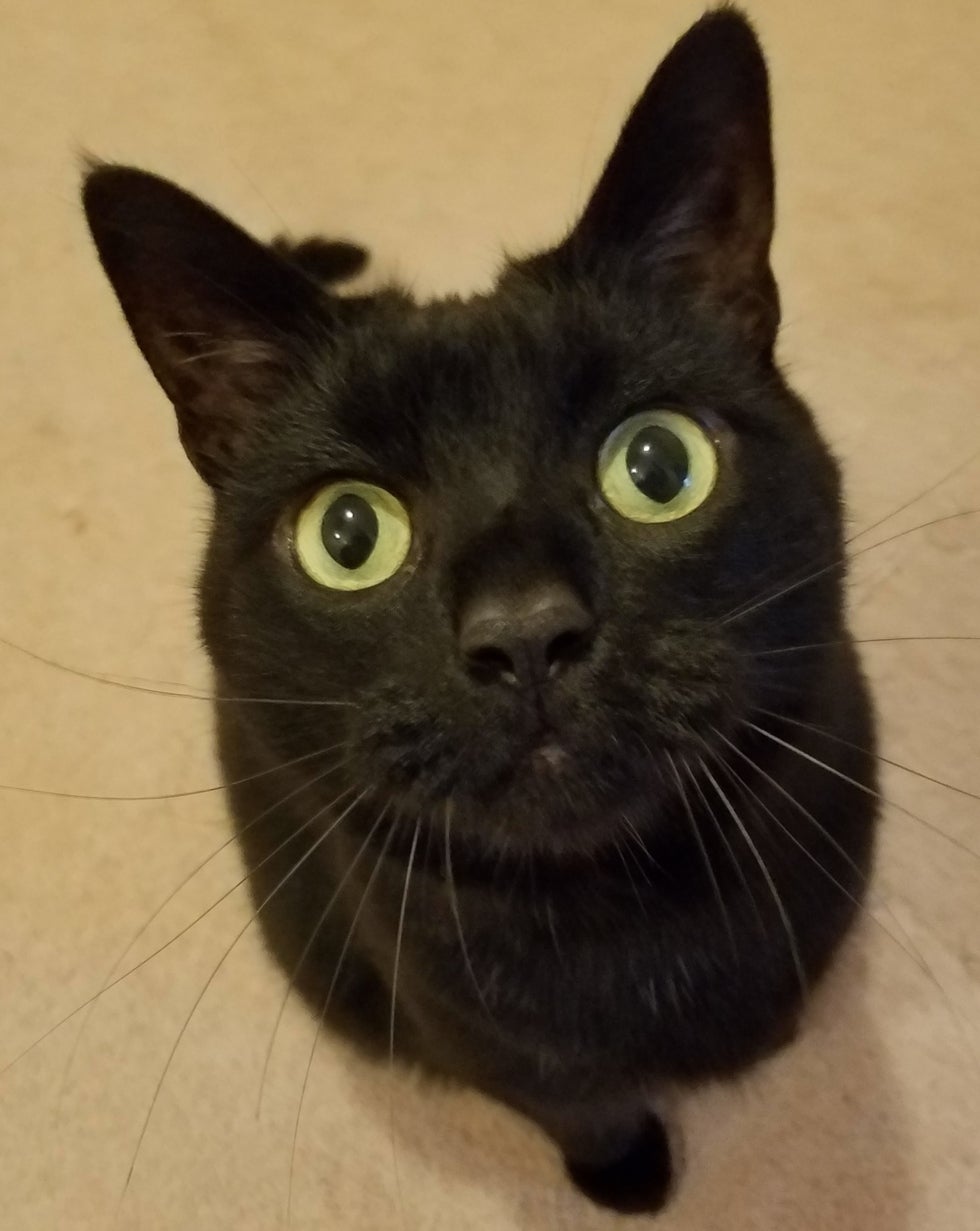 Nothing gets past Celeste! You'll find she is always on top of the most important HR issues…literally.  Whether it is your keyboard, your lap, or those important papers you are trying to sign, Celeste will be there.  As part of her role as HR Director, she leads the office Wellness Program.  She takes hydration very seriously, monitoring all team member's water for impurities by sampling directly from their cup or glass. 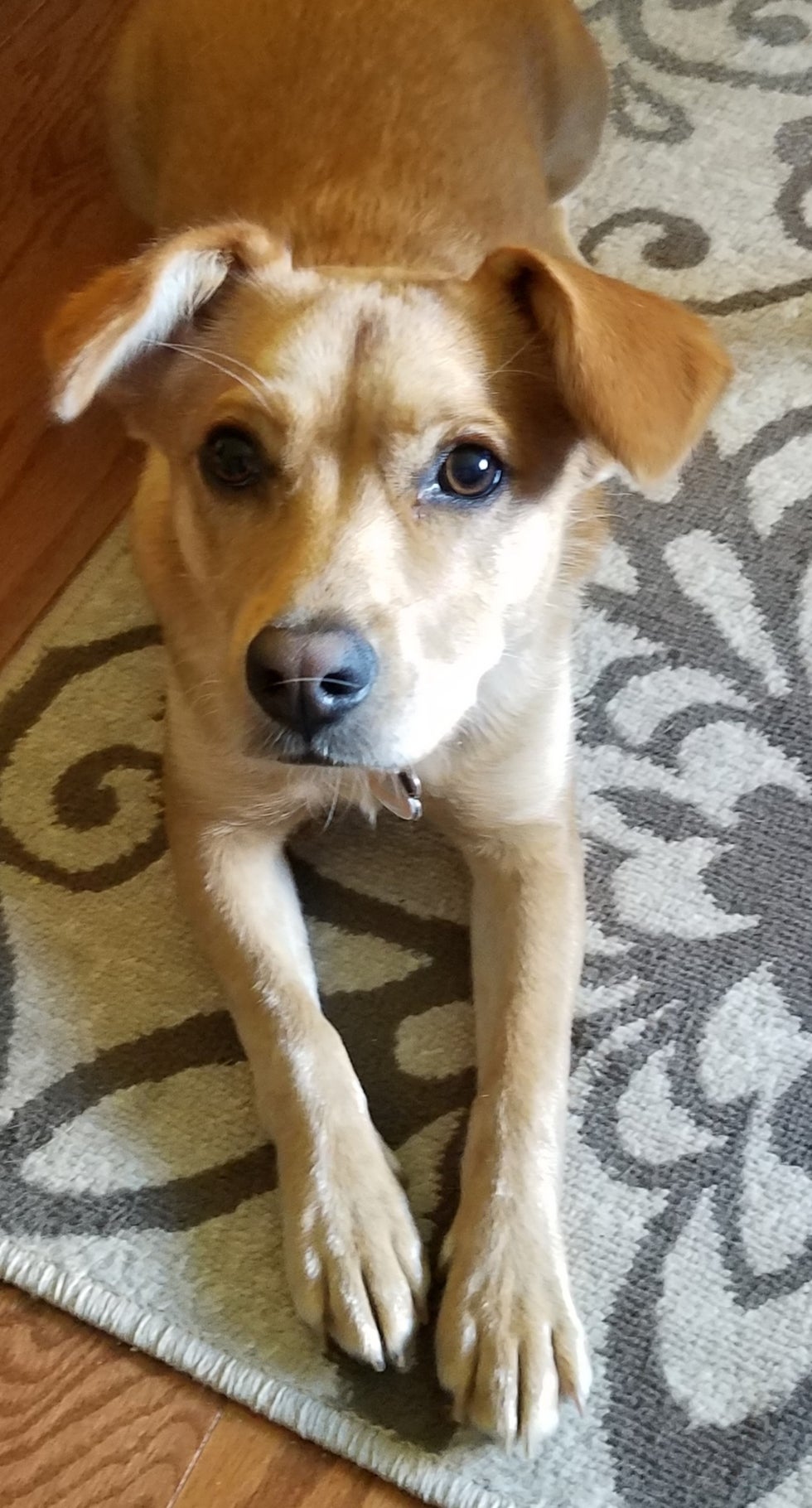 Belle takes her role here at Taylor Legal very seriously, always keeping up to date on the best training techniques to keep her staff obedient.  She believes that repetition is the key to success and reads up on Pavlovian staff training.  Belle is an accomplished athlete and likes to instill an appreciation for personal fitness in her staff.  Her favorite staff development exercise is shoving tennis balls under the couch and whining until you pull it out for her…over and over and over again.  She also keeps the office very tidy by shredding any and all paper products that are not in their proper place (and some that are). 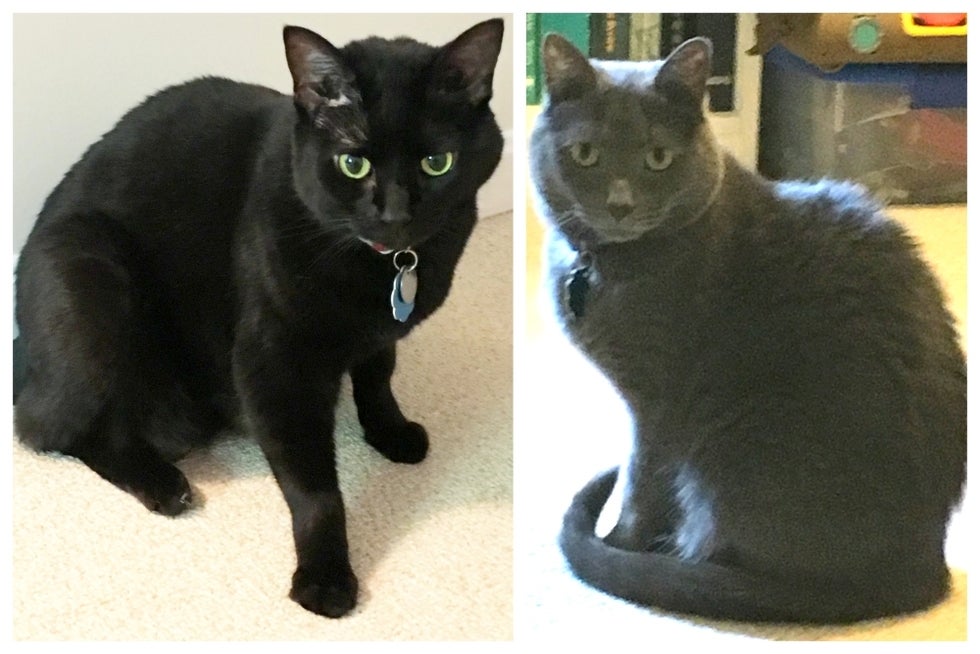 Although the same age and recruited together from the local Howard County Animal Control and Adoption Center, these two are best described as frenemies (and sometimes they are described as bookends); but, their relationship works for Taylor Legal!  Their different approaches – Alice is outgoing, Natasha is shy – help us consider a variety of perspectives, while their occasional battles for prime seating followed by their willingness to curl up – if not exactly touching – within inches of each other, make sure we stay awake and remind us that most problems can be solved.  Perhaps most valuable, they are always willing to spare their soft heads for petting, which is the best aid to thinking through thorny legal issues! In their spare time ... well, all of their time is spare time. 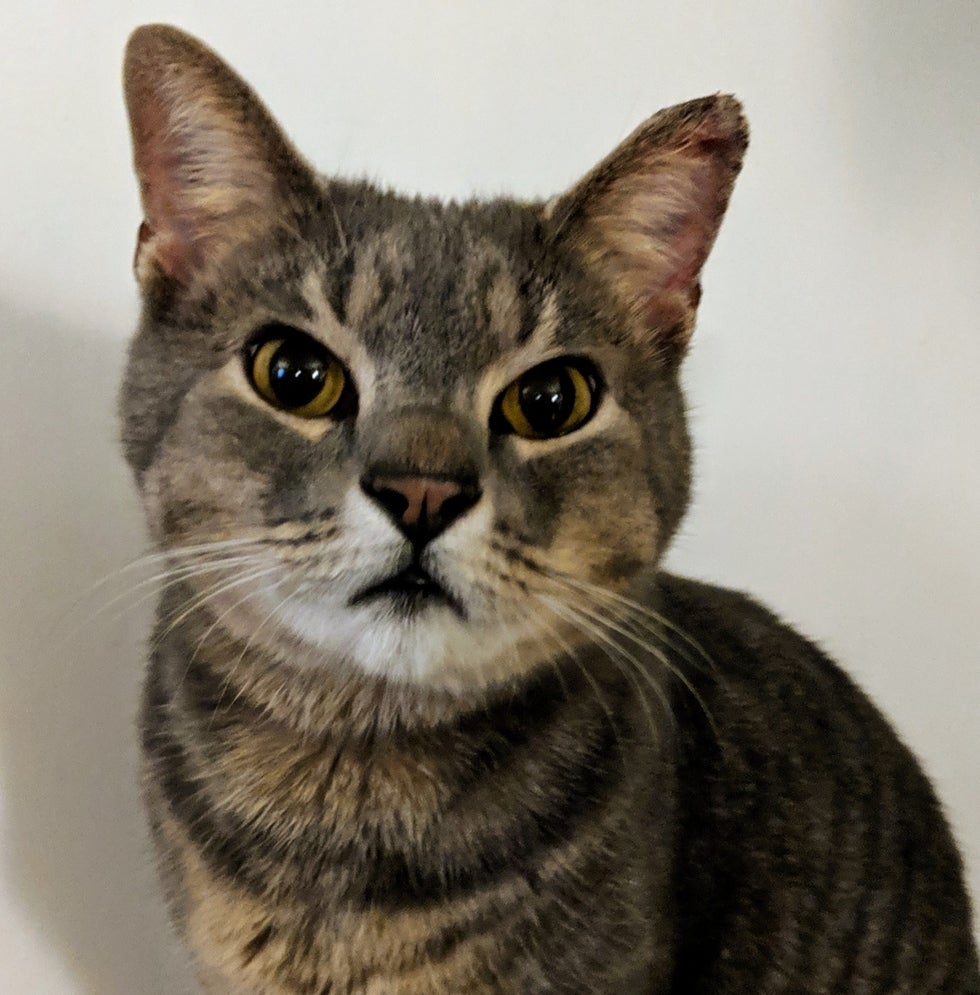 Chuck Brown was a member of a litter discovered on a construction site by Miriam's husband.  He was bottle-fed by Miriam and her family, but that does not mean they have earned his allegiance.  He will allow people to pet him, but when he tires of them he triggers evasive maneuvers - this is affectionately referred to as hitting his “murder button”.  He is an outdoor cat and satisfies his prey drive by ridding all gardens on the block of moles, voles, and mice - and the occasional careless squirrel.  Efforts to keep him safely indoors have resulted in his resorting to stalking the children, and he is eventually allowed back out.  As Head of Sustainability, he is tasked with the lofty mission of watching over the environmental impact of Taylor Legal's practices.  So far, it appears that all he has done is watch to make sure his own position is sustainable, but we have high hopes for his continuing professional improvement. 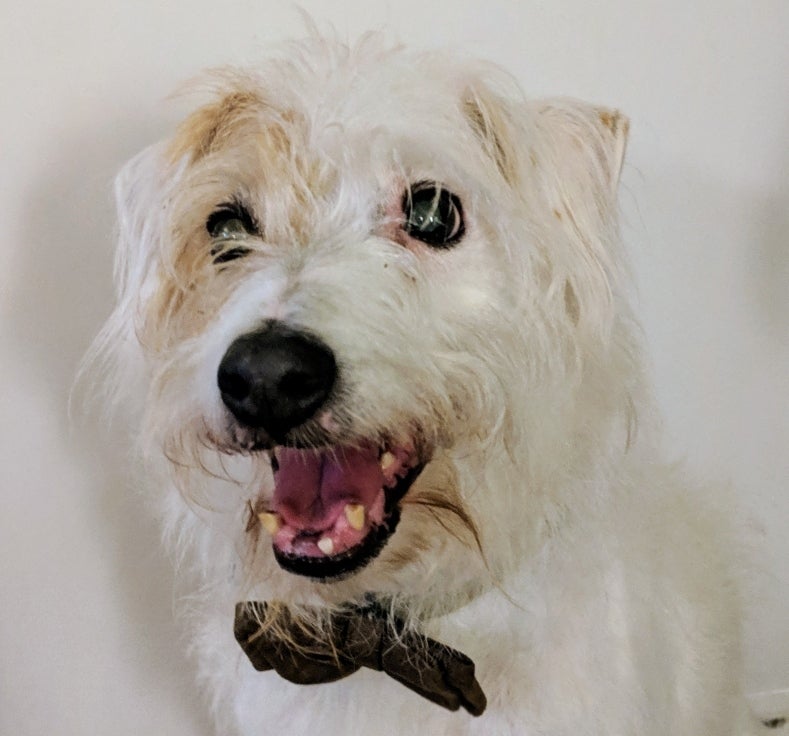 Joey is a distinguished older gentleman recently adopted from the Senior Dog Sanctuary in Severn, Maryland.  He is a mixed terrier of indeterminate breed, but with the strong muzzle line and rugged good looks of a movie star.  Joey is great with clients as he specializes in convincing everyone he greets that he is deprived of all attention at home, and needs immediate petting and snuggles.  His acting is quite good and frequently results in treats in return for tricks such as “begging” or “giving paw”.  When he is not eating or being pet, he helps Georgia by letting all present know when a delivery truck has pulled up outside - one can never be too careful.